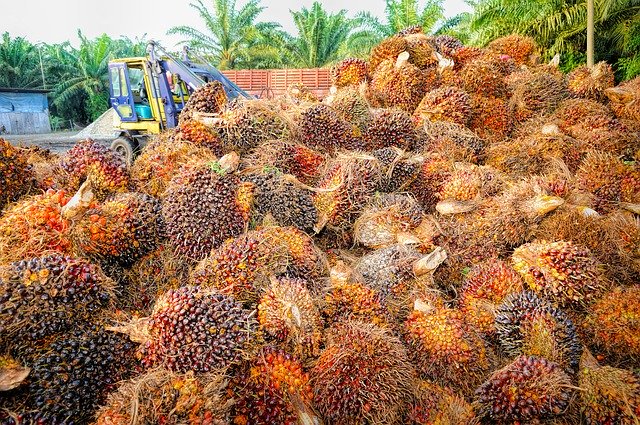 Palm oil is an edible vegetable oil that comes from the fruit of oil palm trees, the scientific name is Elaeis guineensis. Oil palm trees are native to Africa but were brought to South-East Asia just over 100 years ago. Now, Indonesia and Malaysia make up over 85% of global supply.

Palm oil is an extremely versatile oil that has many different properties and functions which makes it so useful and so widely used – semi-solid, stable at high temperatures, also odourless and colourless. Palm oil is in almost everything – it’s in close to 50% of the packaged products we find in supermarkets, food (pizza, doughnuts and chocolate etc.) and non-food (deodorant, shampoo, toothpaste and lipstick). In Asian and African countries, palm oil is used widely as a cooking oil.

What is the problem with palm oil?

Conflict Palm Oil production is one of the world’s leading causes of rainforest destruction. Almost all oil palm grows in areas that were once tropical forests. This environmental destruction threatens biodiversity and increases greenhouse gas emissions, which in turn drives global warming. Irreplaceable wildlife species like the Sumatran Rhino, Sumatran Elephant and the Sumatran and Bornean Orangutan are being driven to the brink of extinction. Palm oil production is also responsible for terrible human rights violations as corporations often forcefully remove Indigenous Peoples and rural communities from their lands in order to expand their palm oil plantations. Tragically, child labor, modern day slavery and other serious labor abuses occur on plantations in Indonesia and Malaysia, where most of the world’s palm oil is grown.

What can we do?

Solutions to the environmental problems posed by palm production are complicated, partly because of palm oil’s ubiquity, but also because alternatives lack many benefits of the versatile oil (To get the same amount of alternative oils like soybean or coconut oil you would need anything 4-10 times more land, which would just shift the problem to other parts of the world and threaten other habitats and species.) But they are out there. 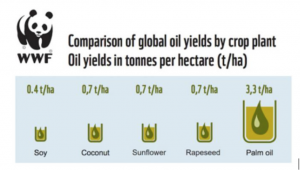 If palm oil production is to be sustainable, it is particularly important that conversion of the land used for plantations does not impact adversely on the environment. Various certification schemes have been set up in recent years to achieve the highest possible yield with the minimum detriment to nature, including the Roundtable on Sustainable Palm Oil (RSPO), as well as others such as the Rainforest Alliance, International Sustainability & Carbon Certification (ISCC) and the Roundtable on Sustainable Biomaterials (RSB).

« The language of coronavirus
Spread Love »