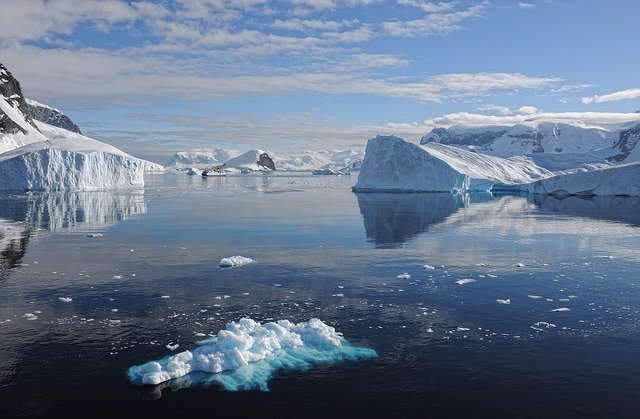 Scientists fear the collapse of Thwaites Glacier could one day destabilize surrounding glaciers and eventually trigger up to 11 feet of global sea level rise.

Dubbed the “doomsday” glacier, Thwaites, perhaps more than any other place in the world, holds crucial clues about the future of the planet.

Over the past 30 years, the amount of ice flowing out of this 120-kilometer-wide region has nearly doubled. Overall the glacier is the size of the island of Britain, or the state of Florida, and it straddles some of the deepest bedrock in the southern continent.

Warm ocean water from the Amundsen Sea circulates under the ice, causing it to melt. Melting loosens the ice from the bedrock below, causing it to flow faster and eventually to retreat into the deeper and thicker ice areas where it is likely to speed up still more. The melting of floating ice as it makes contact with the ocean is a key reason why the glacier is coming unglued. Seawater that is a few degrees above freezing is melting the ice shelf from below.

The urgency stems from observations and analyses showing that the amount of ice flowing from Thwaites—and contributing to sea level rise—has doubled in the span of three decades. Scientists think the glacier could undergo even more dramatic changes in the near future.

If it collapses, Thwaites could take other parts of the western Antarctic ice sheet with it and become the single largest driver of sea-level-rise this century.

Fearing that its collapse has already begun, scientists in the United States and the United Kingdom launched an unprecedented research programme in 2019 involving six field studies and two modelling teams.

The team is confident that by the end of the project, three years from now, they will have some answers about Thwaites’s future.